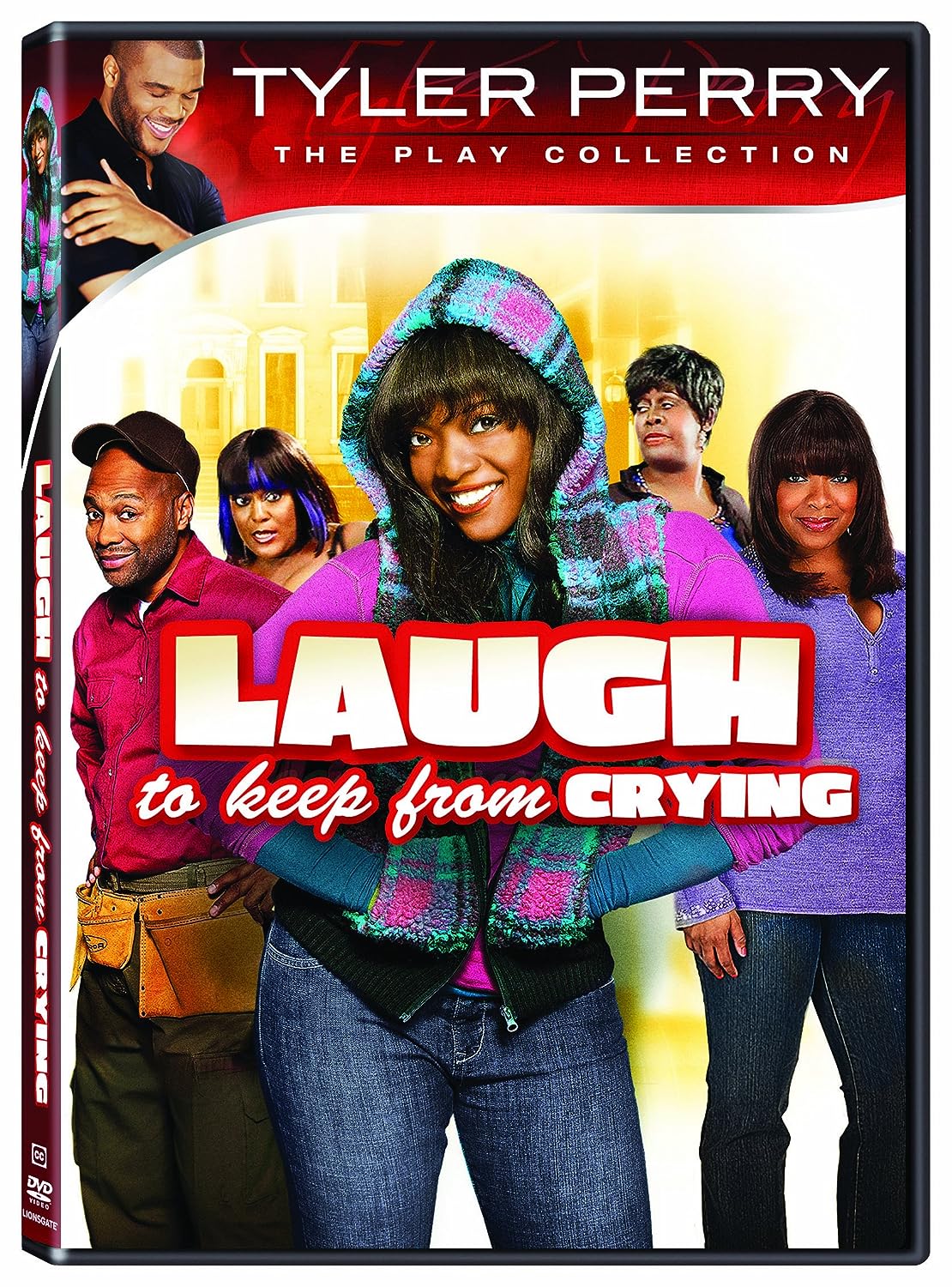 Step into Tyler Perryâs neighborhood, peel back the rough exterior and BEHOLD! Get on the laugh wagon as some of your favorite stage stars strut, sing and remind us, no matter how tough it gets, that laughter, faith and love are the best remedies.

The Tyler Perry entertainment machine keeps cranking across entertainment markets with this home-video entry of one of his many stage plays, Laugh to Keep from Crying. It was taped during a live performance in Perry's hometown of Atlanta before the show went on a healthy, extended national tour starting in the fall of 2009. Perry wrote and directed the production and his fans will find a lot to like in the mix of sitcom gags, down-home moralism, old-fashioned melodrama, and rousing gospel- and soul-based music (cowritten by Perry and Elvin Ross). The only thing they'll miss is the performing presence of Perry himself since Laugh does not feature the character of Madea, his big-bosomed, gun-toting, potty-mouthed granny of an alter ego. Laugh takes place round about a tenement apartment on an unnamed urban street where gunshots are frequent and the primarily African-American tenants are struggling to get by as they also struggle with a variety of life issues. The building is home to Carol (Cheryl Pepsii Riley), a single mom with two teenagers who have different fathers and wholly different attitudes. There's Tony (Donny Sykes), a momma's boy who's dedicated to school, church, and singing in the choir, and Lisa (Tamar Davis), a rebellious handful and a chronic truant who can't understand why her mother is keeping the identity of her father hidden. Across the hall is Belinda (Chandra Currelley-Young), a hard-working widow who just lost her job, and upstairs is Niecy (D'Atra Hicks), a goodhearted aging hooker, along with Peter and Anna (Wess Morgan and Stephanie Ferrett), white newlyweds who have moved into the building to save money. Rounding out the ensemble cast is Donnie (Anthony Dalton), a caring cop who's trying to woo Carol; Peter and Anna's uptight mother-in-law Jane (Rachel Richards); and Niecy's pimp, Eddie (Celestin Cornielle), who functions as a genuine Simon Legree villain. Presiding over pretty much all of them is the building's super, Floyd (Palmer Williams Jr.), who practically steals the show with his shucking, jiving, and distinctive Perry-esque comic manner of the huckster-fool who gets all the good lines.

The struggles that would presumably keep everyone crying without the upbeat music and constant string of jokes involve Lisa's disobedient behavior and dabbling into street life, Belinda's struggle with her sudden lack of security, Niecy's struggle to be free of Eddie, the young white couple's struggle to fit in, and Carol's struggle to keep her kids on the right path in a dangerous, modern, urban world. There's lots of crossover in these many struggles, but the action is pretty simplistic, full of broad comedy, exaggerated movement, overt sentimentality, and spiritual posturing that comes across as exactly what it is--a rich man's story about the strength and moral courage of poor people just trying to get by. The telling is also simplistic and straightforward, with the camera and cutting staying unobtrusive, cleanly showing off the action without any showoff-y style. The blocking is direct and easy to follow on the single set of the double-decked cutaway apartment and its four rooms, complete with proscenium stoop and sidewalk for downstage action. The perky musical numbers come early and often, giving the sitcom/drama a nice breakup. There's even a background score in several sequences, which adds to the undemanding, TV feel of the show. The disc includes short interview segments with the cast members, ending with a few audience testimonials, many of which attest to Floyd being the best and funniest thing about the Laugh production. Palmer Williams Jr. will be familiar to Perry aficionados from his role as Floyd (coincidence?) in the Tyler Perry-produced TV series House of Payne. But even though Madea is missing, Perry does get a chance to show off his charismatic show-biz sparkle in an extended curtain-call speech. As in the two hours that came just before, he delivers his personal message of hope and inspiration that the audience in Atlanta eats up. His home audiences will almost certainly do the same. --Ted Fry