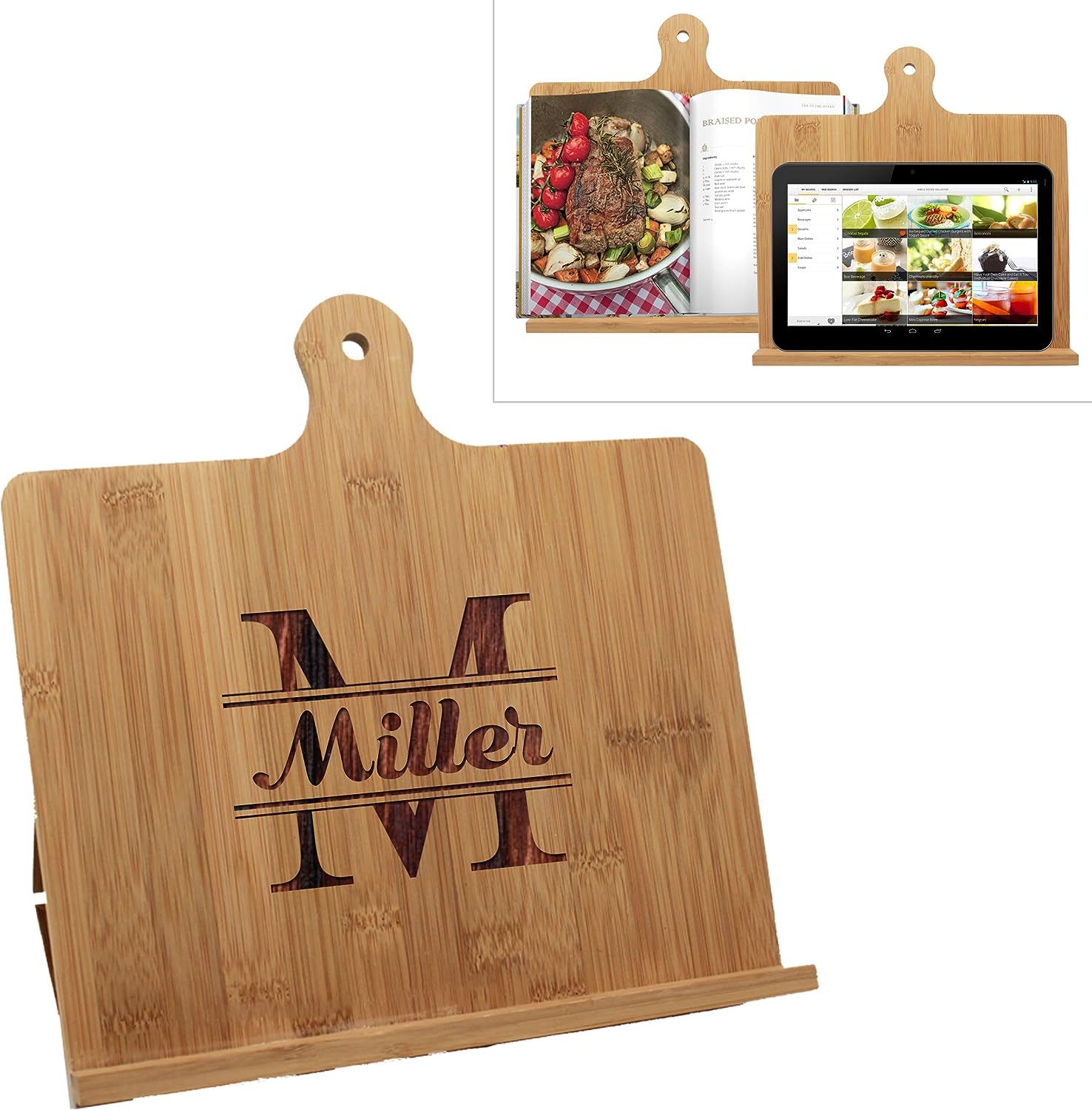 Gift one of these unique cook book stands for that special chef in your life! These recipe book holders are not only very practical for daily use, but also add that special personalized flare for your kitchen! The cookbook stands come in two different sizes and multiple style choices.