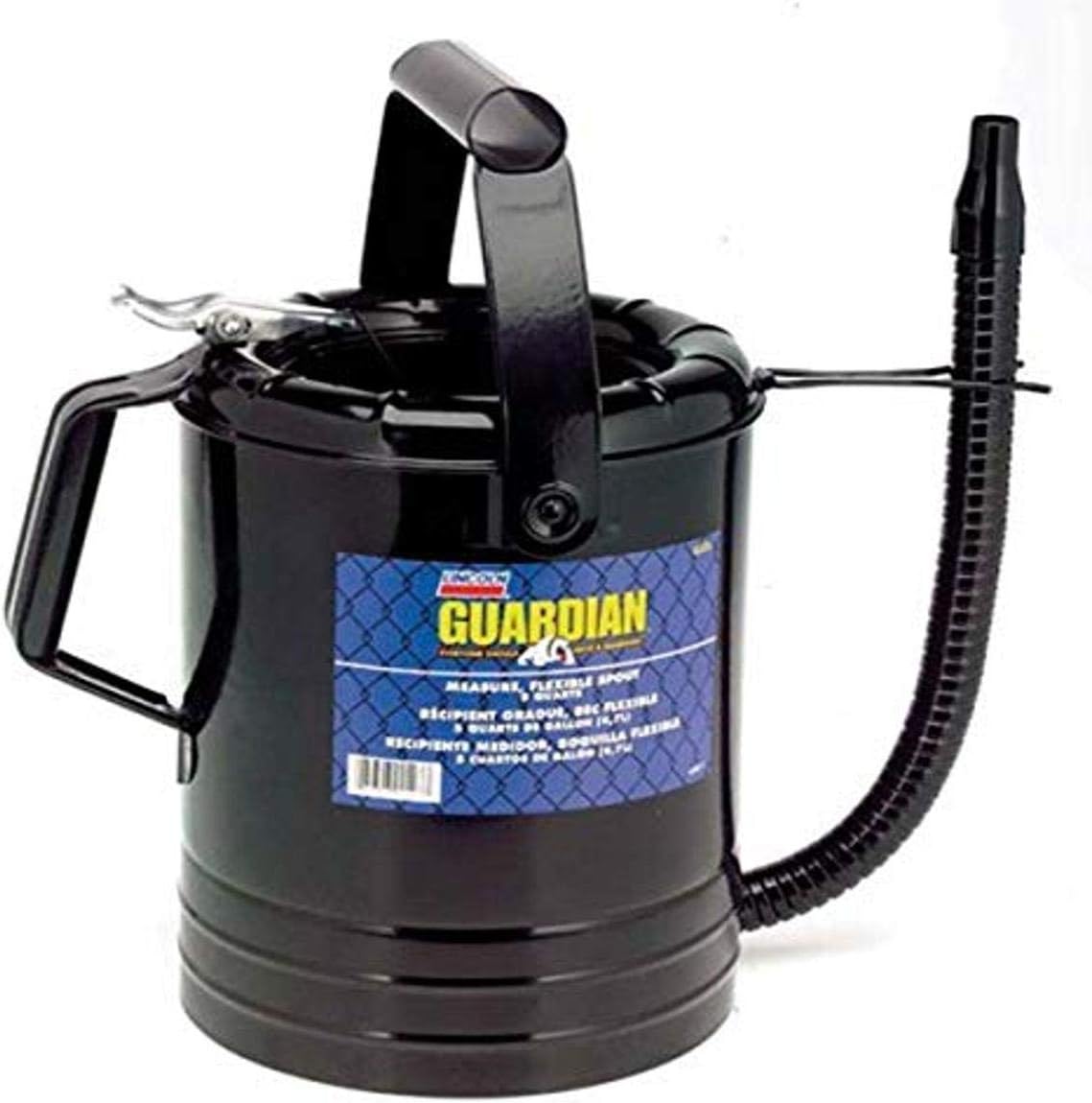 Provides convenient fluid transfer to vehicles and equipment. The 14" flexible spout with tapered tip allows for one hand operation and to access hard to reach areas. No hassle or mess to worry about. It's rolled top edge prevents spilling and the recessed bottom is made for stability and safety.